Each summer Vital Worship Grant Program recipients come to Calvin for three days of conversation, seminars, workshops, meals, worship services and more as part of their work on worship renewal and faith formation at the local, grass-roots level.

Each year in the spring the Calvin Institute of Christian Worship (CICW) awards 25-30 grants worth some $350,000 total for projects that can generate thoughtfulness and energy for public worship and faith formation at the local, grass-roots level.

Cultivating a sense of expectancy

For example, on the second day of the event new grantees representing 28 projects had a 45-minute sessions in the Chapel titled "What Every Project Director Needs to Know," a session filled with solid words of wisdom from Kathy Smith, who heads up the Vital Worship Grants Program for the CICW.

But, just a few hundred yards away, in the Meeter Center Lecture Hall, the project directors of the 29 grants awarded in 2015 spent 45 minutes with CICW director John Witvliet and with Betsy Steele Halstead, a member of the grants team, on the topic "Beyond the Life of the Grant."

Those folks represented congregations and schools from 15 denominations, 18 states and one Canadian province, 25 congregations and church plants, two regional church bodies and two college and seminary communities. But though a somewhat disparate group many of their grant years had sounded similar themes and the session on ending the grant year well was one that resonated with all who were in the room.

After each question prompt those in the room turned to their neighbor for conversation and for a few minutes the room was abuzz with stories and reflections and even sorrows before Witvliet asked them to volunteer some of the things they had talked about.

And he told them why the Worship Institute thinks such conversations are invaluable.

“We believe that there is something very beneficial about this kind of exercise,” he said. “The ways God has been at work are sometimes something we miss unless we discern and name them, including unexpected gifts. Naming these in gratitude in turn cultivates a sense of expectancy, a beautiful way to conclude a year-long project.” 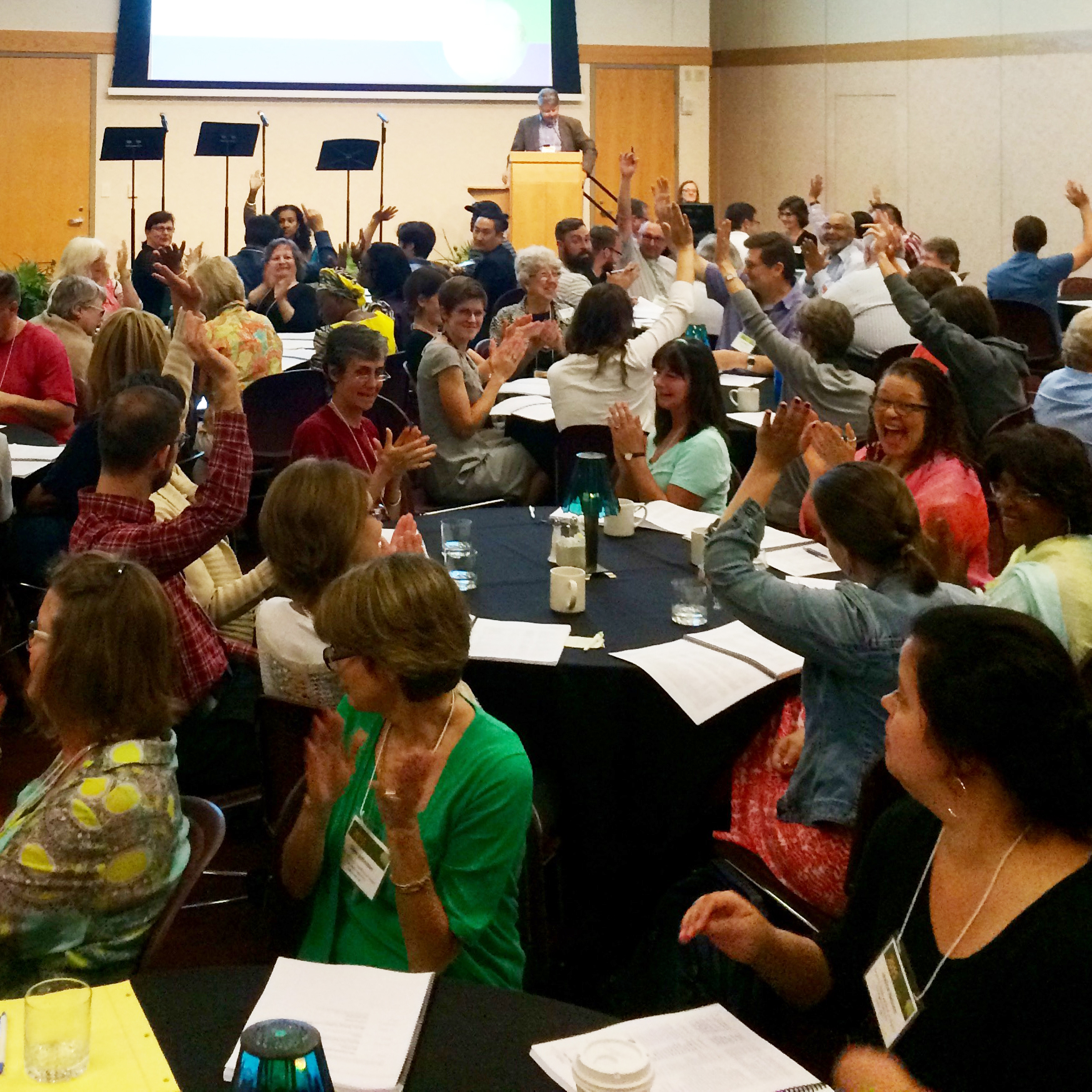 Such conversations were also hallmarks of the colloquium's mealtimes where table facilitators, including CICW staff and board members, prompted and guided conversations on all kinds of topics related to those grant projects just beginning and to those just finishing. And such conversations also played out at coffee breaks, in the hallways, at the poster session, at night in the lobbies of the hotels and the Prince Conference Center, on walks through the Calvin Ecosystem Preserve and in various other locales around campus and Grand Rapids.

“The synergy at this event between old and new grant recipients is exciting,” said Smith, “and very important because so much learning happens through conversations over meals, while viewing posters produced by the concluding grant projects and in many other venues both informal and formal. We pack a lot into three days, but, we think, for good reasons for both recipients finishing up their projects and for those just beginning.”

Indeed one critical goal for the annual event is to encourage new grant recipients as their year begins by giving them a chance to learn from not just Worship Institute staff and other experts, but also to create opportunities for learning from fellow churches, schools, seminaries and more, folks in the trenches who are hard at the work of worship renewal.

Much for which to be grateful

At a closing time of conversation on the final day grant recipients spoke of the value of such learning, naming the things from colloquium for which they were especially grateful. Across the room came similar answers:

The things for which people were grateful were ample evidence that the opportunities provided for learning had been taken advantage of.

But the learning also happens for the Worship Institute. 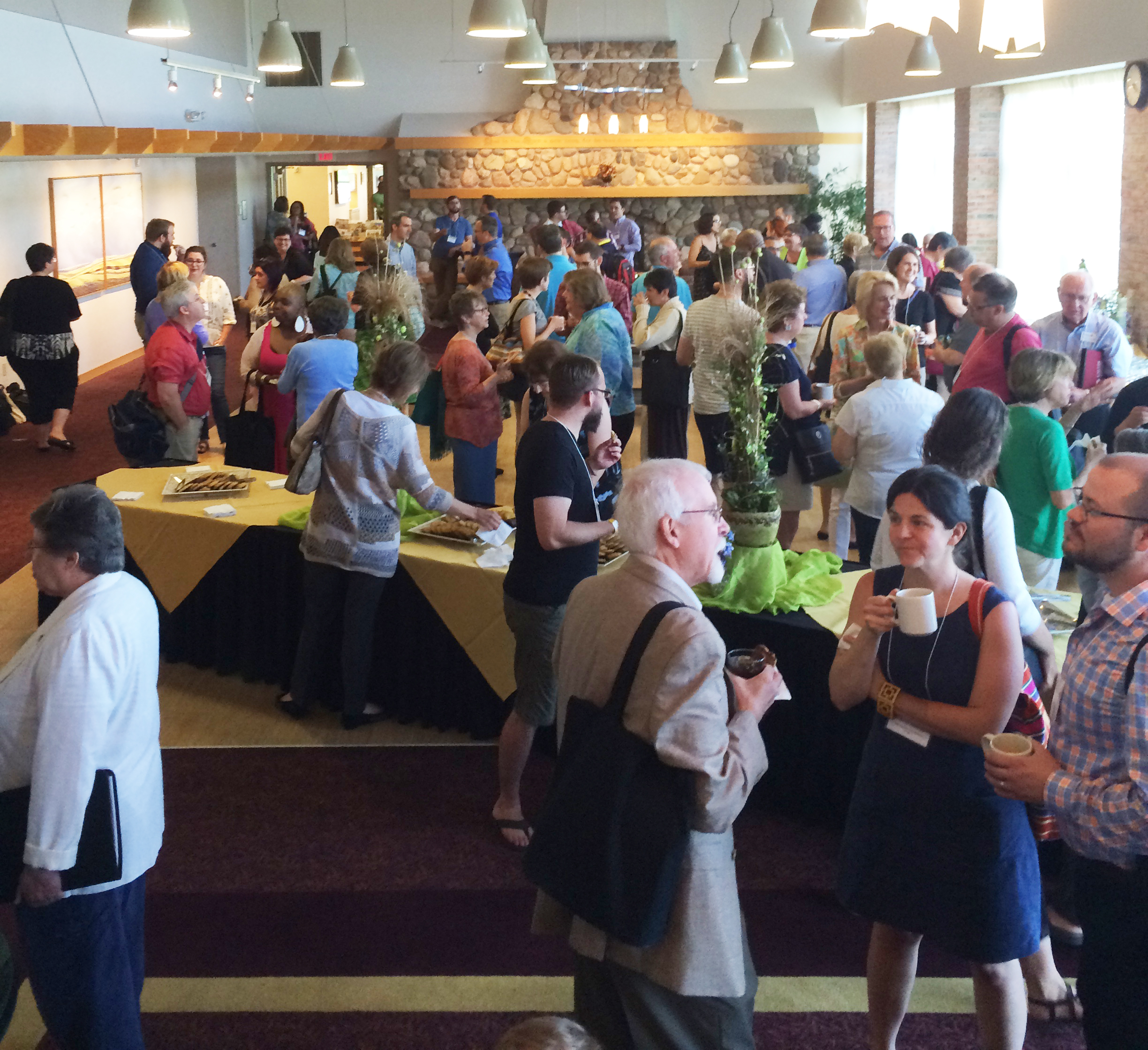 Witvliet said that the 2016 projects, just as has been the case with past projects since the program began in the year 2000, will help the Worship Institute in its own work of both the scholarly study of the theology, history and practice of Christian worship and the renewal of worship in worshiping communities across North America and beyond.

"We learn a tremendous amount from these programs,” he said, “from the wisdom demonstrated in designing them and the insights gleaned from implementing and adapting them as they unfold. We look forward to sharing insights from these projects with a larger audience in our future programming over the next several years."

Since it began in 2000 the CICW’s Vital Worship Grants Program (formerly known as the Worship Renewal Grants Program) has awarded more than 750 grants to churches, schools and seminaries across North America since 2000. The program is generously supported by Indianapolis-based Lilly Endowment Inc., which was founded in 1937 and has as its major areas of concern religion, education and community development.