CICW is pleased to sponsor discussion groups this fall on three recent and noteworthy books, in advance of our 2021 online Symposium on Worship. Groups of 4-10 people are invited to gather and discuss one of three featured books by Vince Bantu, Justo González, or Lauren Winner. All participants will receive a free e-book of their selected text.

What will I receive?

What do I need to do to participate?

What are the featured books?

Book groups will be formed around one of these three books: 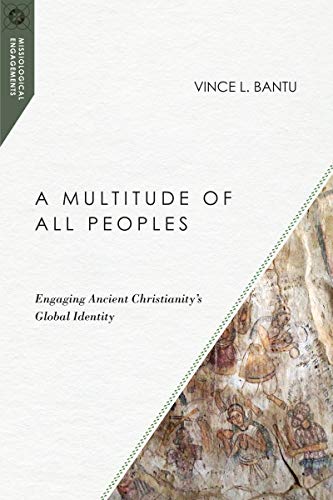 Vince L. Bantu (PhD, The Catholic University of America) is assistant professor of church history and Black church studies at Fuller Theological Seminary and is the Ohene (director) of the Meachum School of Haymanot in St. Louis, which provides theological education for urban pastors and leaders.

Christianity is not becoming a global religion. It has always been a global religion. The early Christian movement spread from Jerusalem in every direction, taking on local cultural expression all around the ancient world. So why do so many people see Christianity as a primarily Western, white religion? In A Multitude of All Peoples, Vince Bantu surveys the geographic range of the early church's history, revealing an alternate, more accurate narrative to that of Christianity as a product of the Western world. He begins by investigating the historical roots of the Western cultural captivity of the church, from the conversion of Constantine to the rise of European Christian empires. He then shifts focus to the too-often-forgotten concurrent development of diverse expressions of Christianity across Africa, the Middle East, and Asia. In the process, Bantu removes obstacles to contemporary missiological efforts. Focusing on the necessity for contextualization and indigenous leadership in effective Christian mission, he draws out practical lessons for intercultural communication of the gospel. Healing the wounds of racism, imperialism, and colonialism will be possible only with renewed attention to the marginalized voices of the historic global church. The full story of early Christianity makes clear that, as the apostle Peter said, "God does not show favoritism, but accepts those from every people who fear him and do what is right.”

The Mestizo Augustine: A Theologian Between Two Cultures by Justo L. González 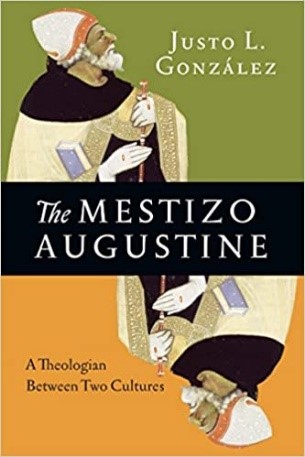 Justo L. González is an ordained United Methodist minister, a retired professor of historical theology and author of the highly praised three-volume History of Christian Thought and the two-volume The Story of Christianity. He previously taught at the Evangelical Seminary of Puerto Rico and the Candler School of Theology of Emory University. Besides his continued research and publication, he spends most of his energy promoting the theological education of Latino and Latina leaders.

Few thinkers have been as influential as Augustine of Hippo. His writings, such as Confessions and City of God, have left an indelible mark on Western Christianity. He has become so synonymous with Christianity in the West that we easily forget he was a man of two cultures: African and Greco-Roman. The mixture of African Christianity and Greco-Roman rhetoric and philosophy gave his theology and ministry a unique potency in the cultural ferment of the late Roman empire. Augustine experienced what Latino/a theology calls mestizaje, which means being of a mixed background. Cuban American historian and theologian Justo González looks at the life and legacy of Augustine from the perspective of his own Latino heritage and finds in the bishop of Hippo a remarkable resource for the church today. The mestizo Augustine can serve as a lens by which to see afresh not only the history of Christianity but also our own culturally diverse world.

The Dangers of Christian Practice: On Wayward Gifts, Characteristic Damage, and Sin by Lauren F. Winner 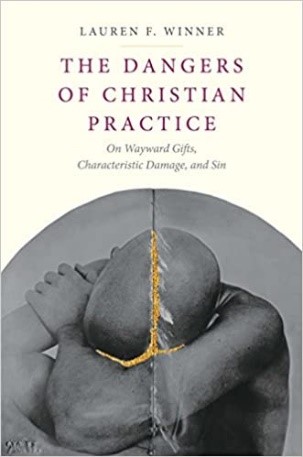 Lauren F. Winner is associate professor of Christian spirituality at Duke Divinity School and the author of Wearing God: Clothing, Laughter, Fire, and Other Overlooked Ways of Meeting God. She lives in Durham, NC.

Challenging the central place that “practices” have recently held in Christian theology, Lauren Winner explores the damages these practices have inflicted over the centuries. Sometimes, beloved and treasured Christian practices go horrifyingly wrong, extending violence rather than promoting its healing. In this bracing book, Lauren Winner provocatively challenges the assumption that the church possesses a set of immaculate practices that will definitionally train Christians in virtue and that can’t be answerable to their histories. Is there, for instance, an account of prayer that has anything useful to say about a slave‑owning woman’s praying for her slaves’ obedience? Is there a robustly theological account of the Eucharist that connects the Eucharist’s goods to the sacrament’s central role in medieval Christian murder of Jews?

Arguing that practices are deformed in ways that are characteristic of and intrinsic to the practices themselves, Winner proposes that the register in which Christians might best think about the Eucharist, prayer, and baptism is that of “damaged gift.” Christians go on with these practices because, though blighted by sin, they remain gifts from God. 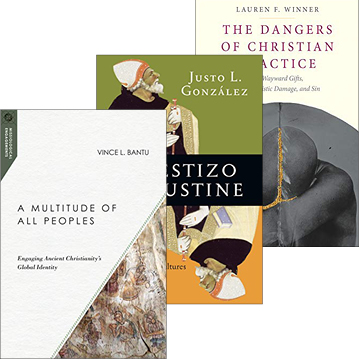